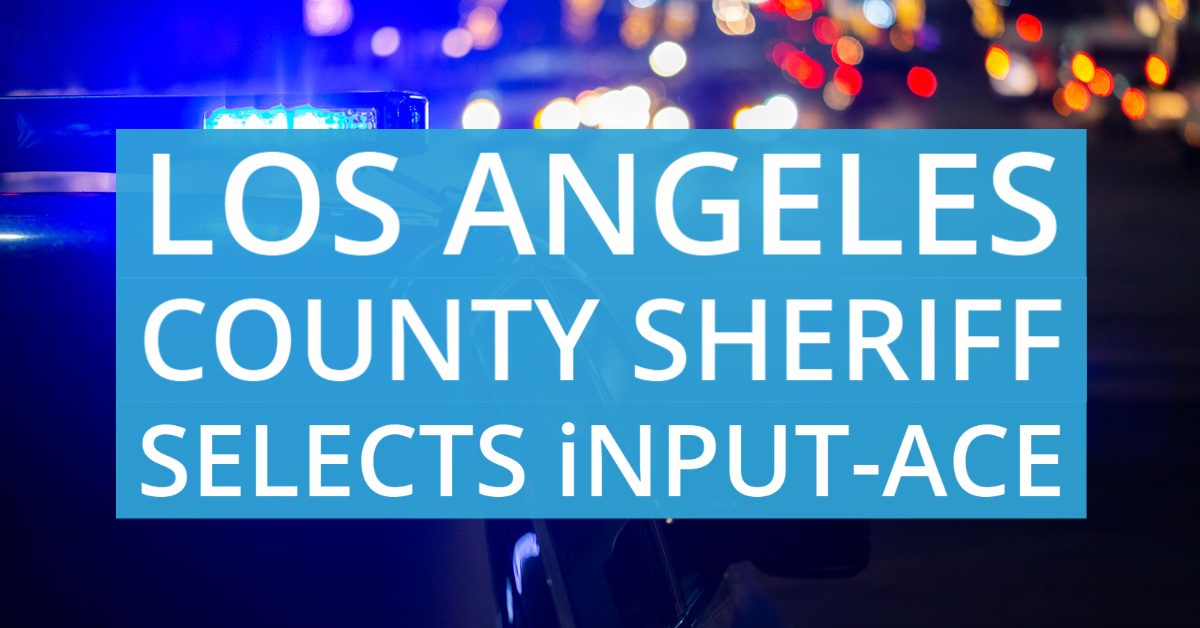 iNPUT-ACE has been awarded a contract to provide the Los Angeles County Sheriff Department with an enterprise solution for video evidence playback.

The iNPUT-ACE software will be deployed in 35 different precincts around LA County, providing up to 450 investigators with advanced tools for instant viewing and examination of critical video evidence.

The solution will support the Los Angeles Sheriff’s Department in several ways as it continues to strengthen its commitments to community engagement and to upholding the promise of public transparency.

Sheriff Alex Villanueva explained the important role of video and transparency in his article, The Truth About LASD:

Body-worn cameras are now here to stay. We created a financially feasible program, lobbied hard for its funding, and are now deploying the cameras in the field. This was my commitment during the campaign and a cornerstone of the LASD’s transparency promise, which now puts all legally permissible information directly in the hands of the community…In a bold departure from past practice, all deputy-involved shootings are thoroughly debriefed and made public at the earliest possible stage of the investigation, including video and physical evidence. Even during these tragic events, the department reaches out and engages the families involved, along with local civic and religious leaders.

Video is one of the most prolific sources of evidence available to LASD investigators. In addition to police body cameras, visual evidence is frequently obtained from cell phones, mobile camera systems, and from public and private CCTV. Proprietary digital video has traditionally slowed the investigative process due to a variety of player limitations. iNPUT-ACE reduces the ‘time-to-evidence’ with its simple Drag | Drop | Play interface, providing investigators with near instant access to normally complicated video source material. LASD has selected iNPUT-ACE to help maintain the integrity of video evidence and to enable accurate image playback for investigators throughout the county.

iNPUT-ACE will also support LASD’s commitment to share video evidence in deputy-involved shooting events with the public at the earliest stage possible in the investigation.

“We are honored to partner with the Los Angeles County Sheriff’s Department in solving video evidence challenges,” said Andrew Fredericks, CEO of iNPUT-ACE. “We fully support the LASD commitment to enhance the public’s trust through transparency and accountability.”

About iNPUT-ACE:
Our mission at iNPUT-ACE is to empower investigators with intuitive tools, expert training, and comprehensive support to further video-centric investigations. We strive to ensure every investigator can extract actionable intelligence from video evidence and quickly solve the technical challenges that are common in video files.

In addition to our blogs and webinars, our team of highly trained video analysts offers options for hands-on training at your agency. Learn more