The growing availability of video evidence has created significant opportunities for accident reconstructionists who want to measure distance and timing for the purpose of calculating vehicle speeds, especially in pre-impact conditions where no physical evidence is available on the scene.

However, video evidence from surveillance systems is not always what it appears to be. Timing is often inaccurate, frame rates are often misidentified and misleading, and the method of counting frames while assuming a consistent frame rate has led many investigators to produce inaccurate measurements. It is not uncommon to see comprehensive scientific presentations get entirely dismissed over a single critical element, like misrepresenting speed through a frame rate calculation.

Accurate margin of error to the millisecond

Correctly identify when a vehicle speeds up or slows down

The VFR Lightboard answers the question of how much time can pass on a minimum and maximum level and provides the exact measurements for the Accident Reconstructionist to use in their timing calculations. The iNPUT-ACE Overlay Tool provides an excellent method to produce a distance calculation from the same surveillance video.

Video: Why the VFR Lightboard is essential for calculations

This 17-minute video is an excerpt from the original 90-minute session where we introduced the VFR Lightboard during the Online Video Evidence Training Symposium. In this video, Andrew Fredericks demonstrates why counting frames to obtain speed/distance calculations can lead to errors and how the VFR Lightboard can be used to get precise calculations within a specified margin of error.

How Does the VFR Lightboard Work?

Frame rates inside a video file are often incorrect, which is why relying on frame rates or timing metadata to calculate speeds can produce errors.

Driving a test vehicle through the scene and comparing the data may seem like a way to reduce the margin of error, but this can still be wrong because the original recording frames can be different than the test recording frames.

The VFR Lightboard provides simple and fast method for calculating speeds in different situations to a defined margin of error.

The workflow starts with the Lightboard, which gets placed at the scene in front of the surveillance camera(s). Once there, a test recording is obtained from the surveillance device and then brought into iNPUT-ACE.

The VFR Calculator Tool (within iNPUT-ACE) is used to generate a report which includes the minimum and maximum time that could have elapsed for the frames in question which enables you to calculate speed with a known margin of error.

This is the power of the VFR Lightboard. 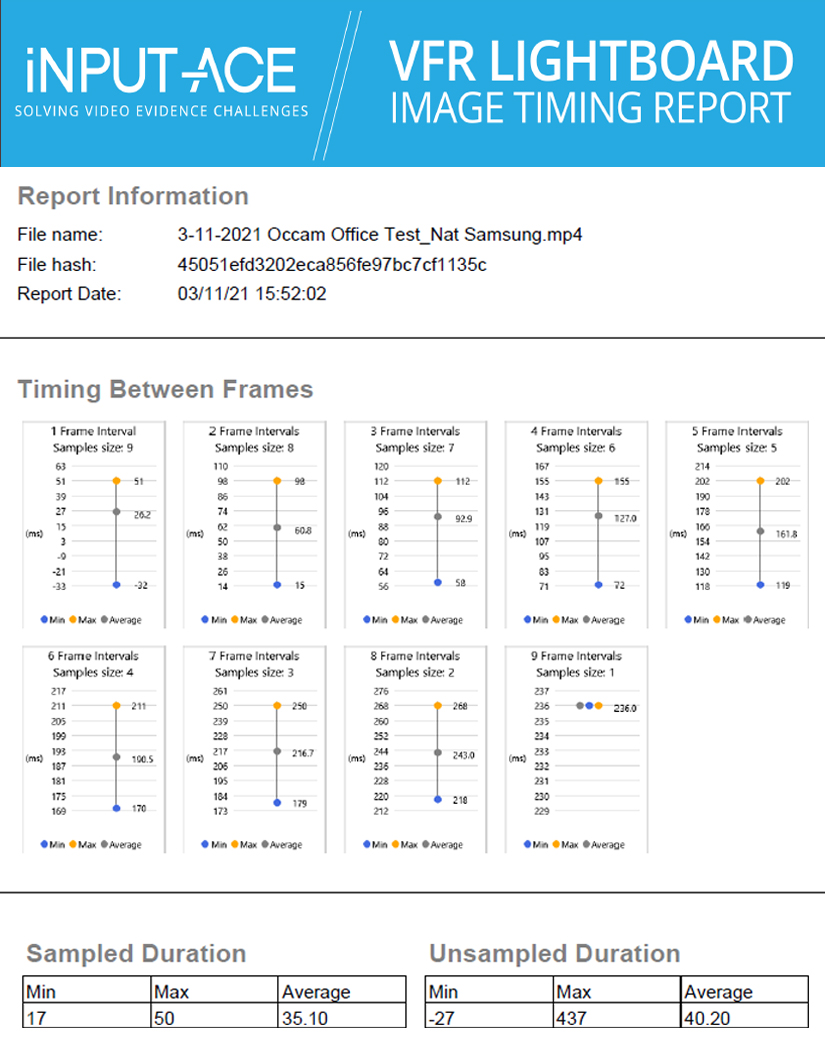 The image to the left is an example of the VFR Lightboard Image Timing Report. Click the image to see a larger version.

More Images of the VFR Lightboard: 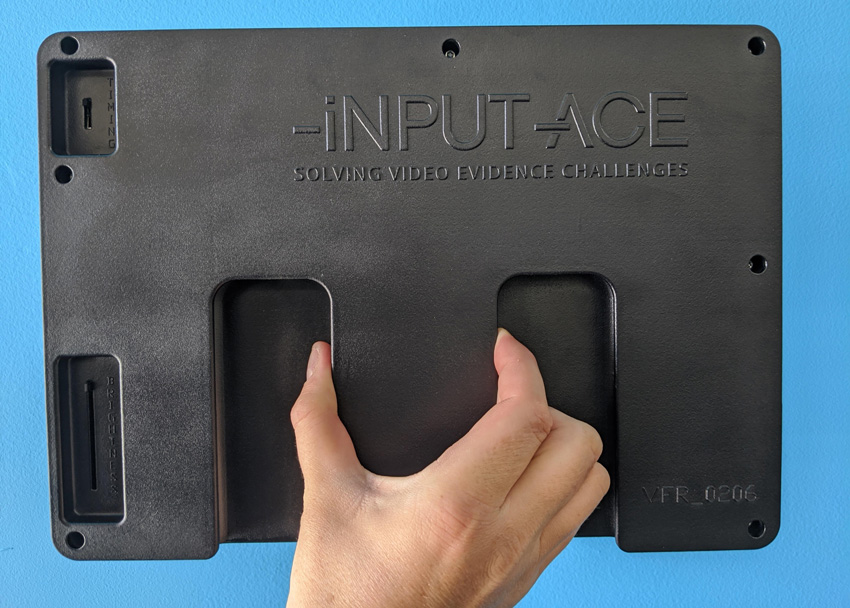 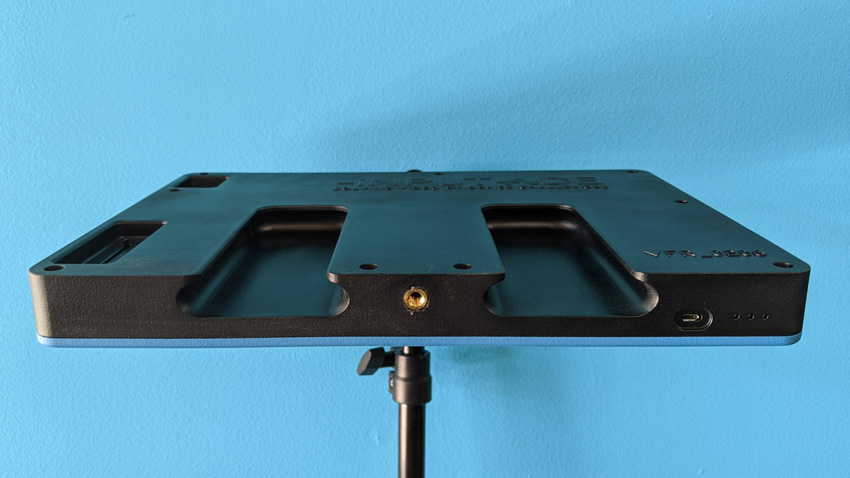 Every single lightboard is calibrated by our team and validated, using two separate methodologies that provide the tolerances for device accuracy. We certify this calibration for two years and recommend recalibration every two years. The VFR Lightboard Basic license includes a full 1-year warranty with an optional extended warranty. The VFR Lightboard requires iNPUT-ACE and the VFR Calculator module.

Are you interested in getting your hands on one of the first VFR Lightboards?

At iNPUT-ACE, our mission is to empower investigators with intuitive tools, expert training, and comprehensive support to further video-centric investigations. We strive to ensure every investigator can extract actionable intelligence from video evidence without being slowed down by the technical challenges that are common in video files.