From 9/11 to The Vancouver Riots – The iNPUT-ACE Story

How Did We Get Here?

The world of video evidence has changed dramatically in recent years.

For instance, four US passenger airliners were highjacked on September 11, 2001. The Twin Towers fell and thousands of lives were lost on a day that will not be forgotten.

And yet, despite the fact that the terrorists boarded the planes through three of the nation’s busiest airports, there was almost no video evidence of their actions. Consistent video surveillance was simply not yet part of the American landscape.

Only one visual record of the hijackers’ movements was uncovered. It did not come from Logan International in Boston, Washington-Dulles in Virginia, or Newark International in New Jersey. Instead, the footage was found on a small eight-camera, analog video recording system at the Portland, Maine International Jetport. Earlier in the morning, two of the hijackers, Mohamed Atta and Abdul Aziz al Omari, made their way through a security checkpoint in the small commuter terminal on their way to Boston.

A few days after the attack, Grant Fredericks, one of the leading video examination experts, was called into the FBI field office in Boston to help decipher the garbled multiplexed video recordings from the Portland airport.

Using what was considered advanced video equipment at the time, Fredericks helped recover the first clear images of the hijackers, helping investigators begin to identify the terrorists responsible for the deaths of 2,976 people.

In the following years, video monitoring across the world became a priority for almost every public facility deemed to be part of a nation’s critical infrastructure. The analog video surveillance market soon gave way to the newer, cheaper, and more complicated digital recording devices. Furthermore, the iPhone was introduced in 2007 and put recording devices into the pockets of millions of people.

By 2011, just a decade after the September 11 attack, cameras could be found almost everywhere that the public had access. You could spot CCTV cameras on buses, taxis, trains, grocery stores, schools, and even in our churches. The prolific growth of video evidence has not slowed down in the years since – if anything, it has only increased.

Today, police from around the world are learning to effectively leverage the now prolific monitoring of our public lives in the pursuit of enhancing public safety and furthering criminal investigations.

For most of the last eighteen years, Fredericks was the lead instructor for the Law Enforcement and Emergency Services Video Association (LEVA), an organization dedicated to training police experts in video analysis.

LEVA maintains a Forensic Video Response Team, a group of certified police video analysts available to the US Federal Government in the event of another 9/11 style attack. The group could also be called on by any member police agency dealing with large volumes of video evidence.

The first call-for-service for the team’s capabilities came from the Vancouver (Canada) Police Department in 2011.

A massive riot took over the western Canadian city after the Vancouver Canuck’s lost the Stanley Cup hockey championship game to the Boston Bruins.

The riots resulted in millions of dollars in damage, several serious injuries, including multiple stabbings and one fatality. The events were seen as a significant black-eye for one of Canada’s shining cities, the third-largest metropolitan area on the Pacific Coast of North

America, and the site of the then-recent 2010 Winter Olympics.

In an effort to identify and charge those responsible, the Vancouver Police put out a public call for all video evidence that could potentially be used to bring the rioters to justice.

Investigators were unprepared for the response: Within a few weeks, over 5,000 hours of digital video evidence was turned over to police.

The data had been recorded to almost 400 proprietary video recording systems. The VPD quickly discovered that each system had a unique requirement for access, including the need for specialized codecs, and other technologies in order to view the images.

It was estimated that it would take investigators approximately two years to go through their video evidence – there had to be a better option.

The Vancouver Police, a LEVA member-agency, turned to Fredericks with a request to activate the Forensic Video Response Team.

At the time, Fredericks ran the National Digital Video Analysis Lab at the University of Indianapolis, the training headquarters for LEVA. For two weeks, Fredericks and his team of fifty police analysts from the US, Canada, and the UK, worked 24/7 in three shifts to process all 5,000 hours of video at the lab.

‘Each video started as a research project’ says Fredericks, who acted as the Technical Coordinator and Lead Analyst for the project. He explains that because the digital video evidence was in a proprietary format, analysts had to first determine the most reliable method of playback, even before the analysis could be conducted.

At the end of the project, the team of experts had invested almost 6,000 man-hours collating, tracking, and databasing over 15,000 criminal acts, committed by almost 400 uniquely identifiable individuals. When the results of the video analysis were returned to Vancouver, detectives started the process of identification.

At the conclusion of the investigation, more than 800 criminal charges were laid and eventually every suspect was convicted for various riot-related offenses.

What Did We Learn? 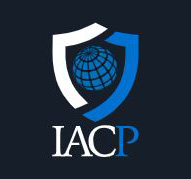 The International Association of Chiefs of Police recognized the ground-breaking work by awarding LEVA the August Vollmer Award, the highest international recognition for Technical Advances in a Police Investigation.

During their project debrief, Fredericks and his team acknowledged the complexities of examining proprietary digital video evidence and they recognized that there had to be a better way.

The team determined that police investigators should not have to seek the assistance of experts or costly outside assistance, simply to view their video evidence. For the next few years, Fredericks and his team shared their experiences of the riot investigation to build and then perfect a reliable tool that could be used by any investigator.

The result was iNPUT-ACE, a powerful, yet simple video workflow engine developed as a digital video viewer designed for every investigator. The easy drag, drop, and play interface bypasses the restrictions typically associated with accessing and examining complicated proprietary video files.

Unlike the initial investigation into the 9/11 attacks, when video evidence was rare, over 70-80% of criminal investigations today involve the recovery and examination of video. As a result, iNPUT-ACE is now the primary video tool used by hundreds of police agencies around the world.

In addition to our blogs and webinars, our team of highly trained video analysts offers options for hands-on training at your agency. Learn more